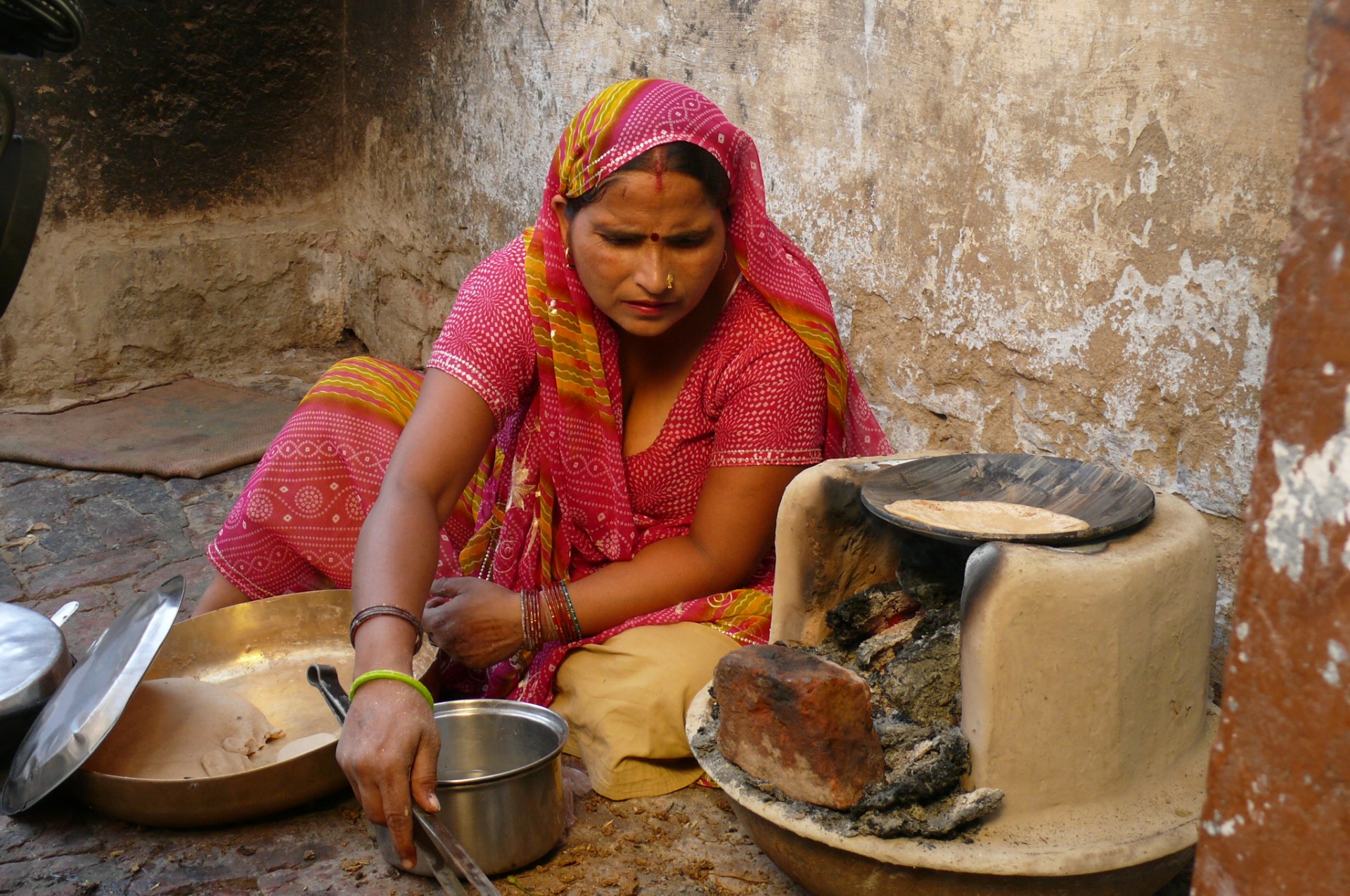 Thank you for the film! We have watched it with all our family. It’s amazing – although we have never visited Vrindavan, only read and watched about it a lot, we had a feeling that we were actually there! The film just fascinates. It is easy to watch but it has a deep meaning at the same time. Instructions of Govinda Swami that accompany the film make us think about many things and get attached to Vrindavan even more. Our desire to get back home became much more stronger!
Thank you very much!!

On the picture: Cooking on a stove, that works on a cow dung, gives the preparation a special delicious smoky whiff. During the village lunch scene from “Reconnection”, an award-winning film.