May 6, 2016, Lausanne, Switzerland: Ouchy Film Awards chooses ‘Reconnection’ for its Official Selection and nominates the film for the Best Screenplay category. The festival gives a very throughout and flattering review of the film.

The Ouchy Film Awards is a quarterly awards competition that encourages emerging moviemakers for new filmmaking by appreciating their work. Accepting all genre of short films from all over the world, the festival creates an opportunity for filmmakers to get their films judged and compete with other filmmakers. Ouch Film Awards performs a comprehensive evaluation process and selects only high quality films with an emphasis on shorts which exhibit new filmmaking approaches. At the end of four quarterly editions the festival organises a live screening that takes in Lausanne, Switzerland to choose a Film Of The Year. 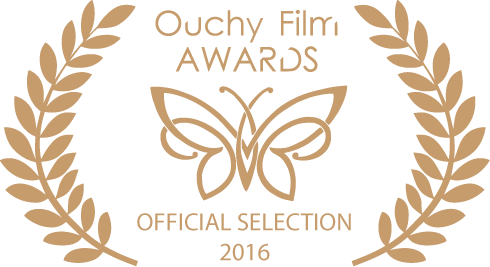 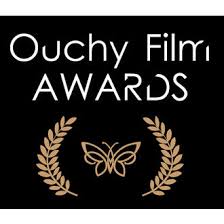 Even though communication has never been easier, with Internet and smart phones people have never been more disconnected from one another. Obsessed with the need to earn more, buy more, have more, we find ourselves forgetting to enjoy the time we spend with our loved ones. “Reconnection” is a story of a man (Sean Fletcher) so caught up in his work and online life, that he forgets to live. After everything seems to be falling apart, feeling himself lost, he takes the advice from Govinda Swami and visits the enchanting Vrindavan, hoping to find a new direction. After the initial struggle with the burden of technology in an otherwise technology-less world of Vrindavan, he starts learning how to experience the world around him not through gadgets, but through his own senses. He realizes that “the Internet is a pretty handy tool, you can get anything you want. But it can’t make you feel what it’s like to be pounced on by the kids nor the sensation of a cow’s tongue on your skin. Some things you just can’t Google.” Only by letting yourselve feel the world around you, by admitting your flaws and your mistakes to yourself you can hope to begin to right your wrongs and live your life as opposed to observing it through the camera lens.

The other major theme of the movie is love – the selfless, all encompassing love, that humbles gods and men alike. At first it strikes him as odd that the poor people of Vrindavan seem so eager to share with him what little they have, wanting nothing in return but his open mind and senses. Those little things, like eating a meal prepared on the open hearth of a humble home with his bare hand, feeling all the textures and tastes and smells completely, these are the things that shakes him the most. It is here that he realizes how much wrong he was towards the woman he loves the most, by listening to the simple truth of stories about Krishna and Radha. As he realizes that the man was made to love, freely, without bonds or anything in return, he gathers strength to right his wrongs, much like Krishna does to get his Radha back.

One could say that there are two lead roles in “Reconnection” – Sean (Armand Gachet) and Vrindavan – the mystical village of temples, rich in spirituality, simple life and that special energy that brings up good in everyone who visits it. Humble in its appearance, Vrindavan is not trying to awe you by grandeur of white temples and impeccable nature. What it offers is healing experience through helping others and sharing your life and love with them. The movie invites adventurers, roamers and all who might have lost their way to come and visit. After all, the only reason to leave Vrindavan is to tell others about it. With this movie, those who have found peace in Vrindavan, don’t have any more reasons to leave it ever again.