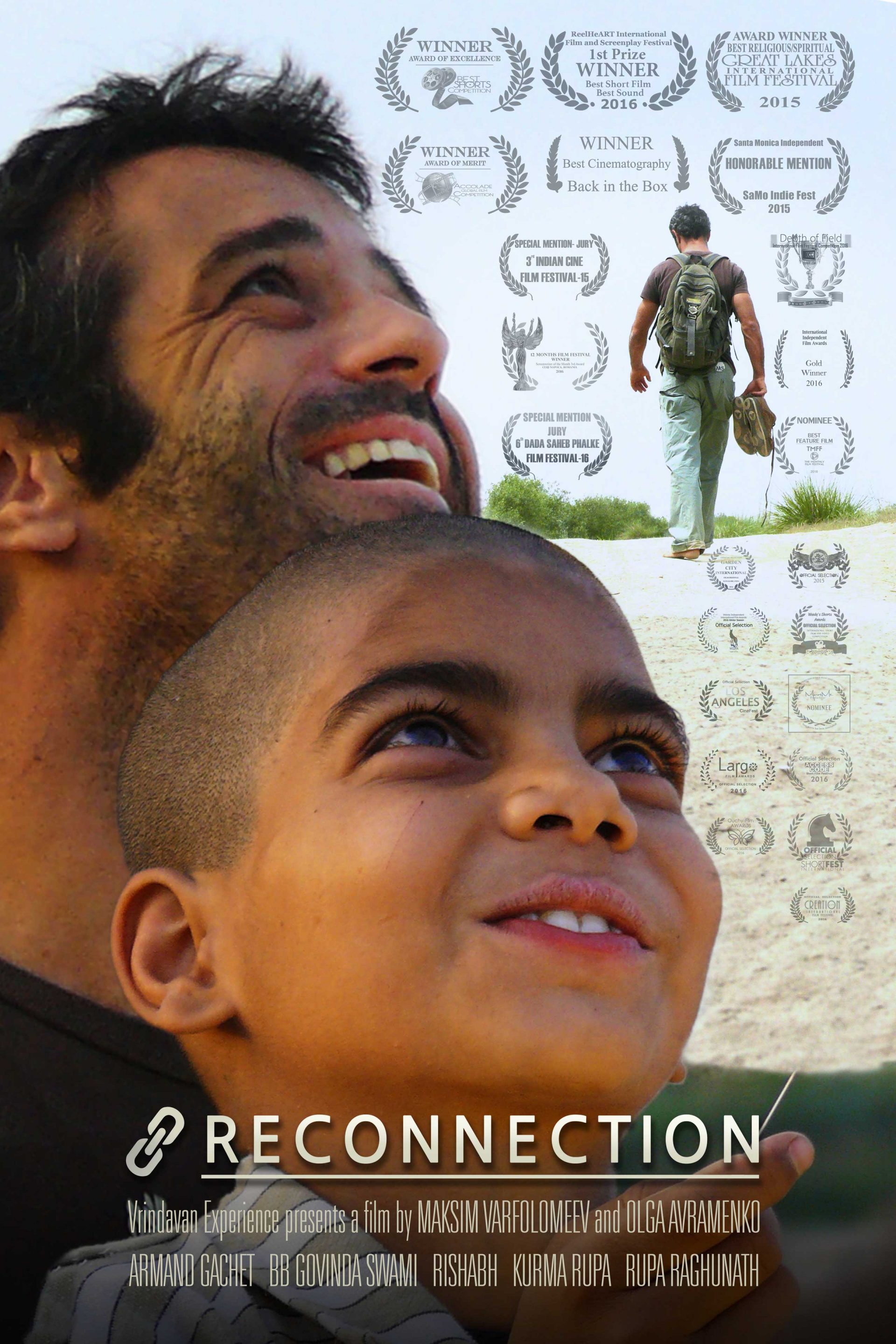 A family team of film-makers who live in Vrindavan, India and travel around the world following the path of bhakti-yoga, authors of Vrindavan Experience, Glimpses of Vraja, Never Stop Chanting and the TV series “Self-realization” made a film ”Reconnection” about Vrindavan a small town in India that changes people’s hearts with its unique atmosphere.

Although the film has been completed and received numerous awards at various film festivals around the world authors cannot upload it for public access without our help.

Please share this campaign and open fragments of the film together with your friends, give Reconnection a chance to be seen by as many people as possible!

On the picture: A coming of age story, the film about sacred Indian town of 5000 temples, “Reconnection” has been screened at 25 international film festivals and won 15 awards.