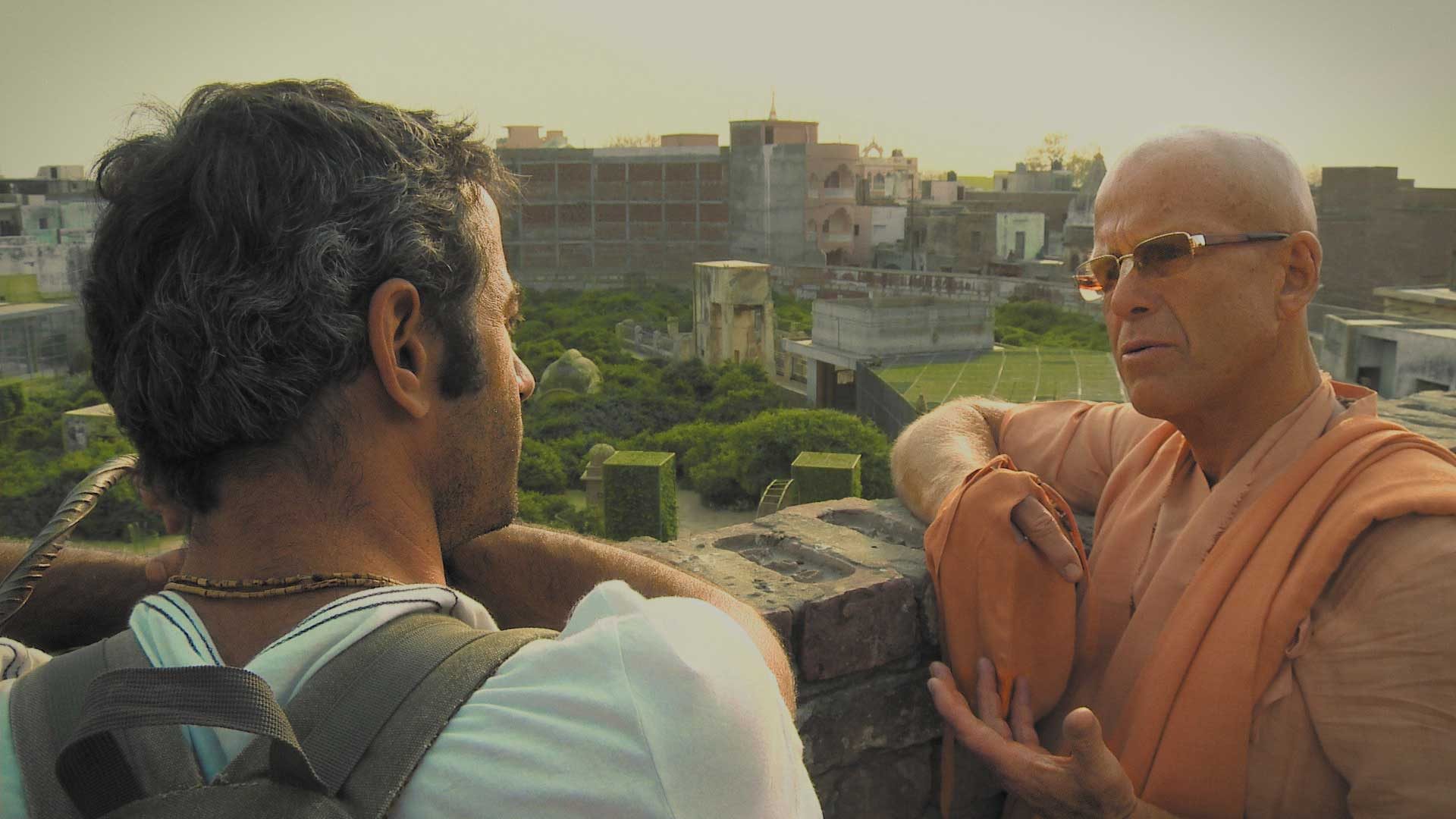 I have a lot of appreciation for this well executed film that introduces and reveals the sacred land of Krishna, Sri Vrindavan Dham, as never been done before, set around a story line that everyone can relate to. HH Govinda Swami as the guide throughout the film really empowers the it with devotional quality while remaining accessible to those who may be unfamiliar and new to Bhakti.

On the picture: Sean Fletcher, the main character, talks to Govinda Swami, a guiding figure throughout the film. At the back: Seva Kunj, a sacred garden, famous meeting place of Sri Radha and Krishna, Vrindavan, India. A still from multi-award winning film “Reconnection”.