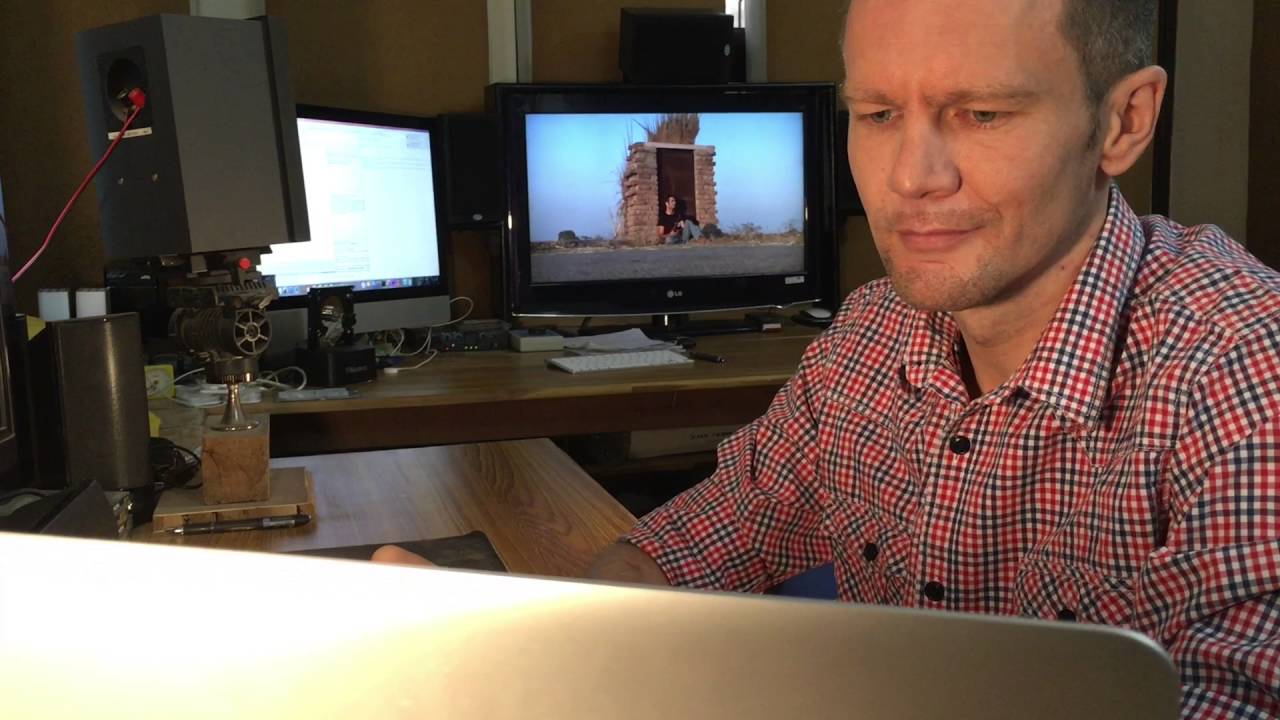 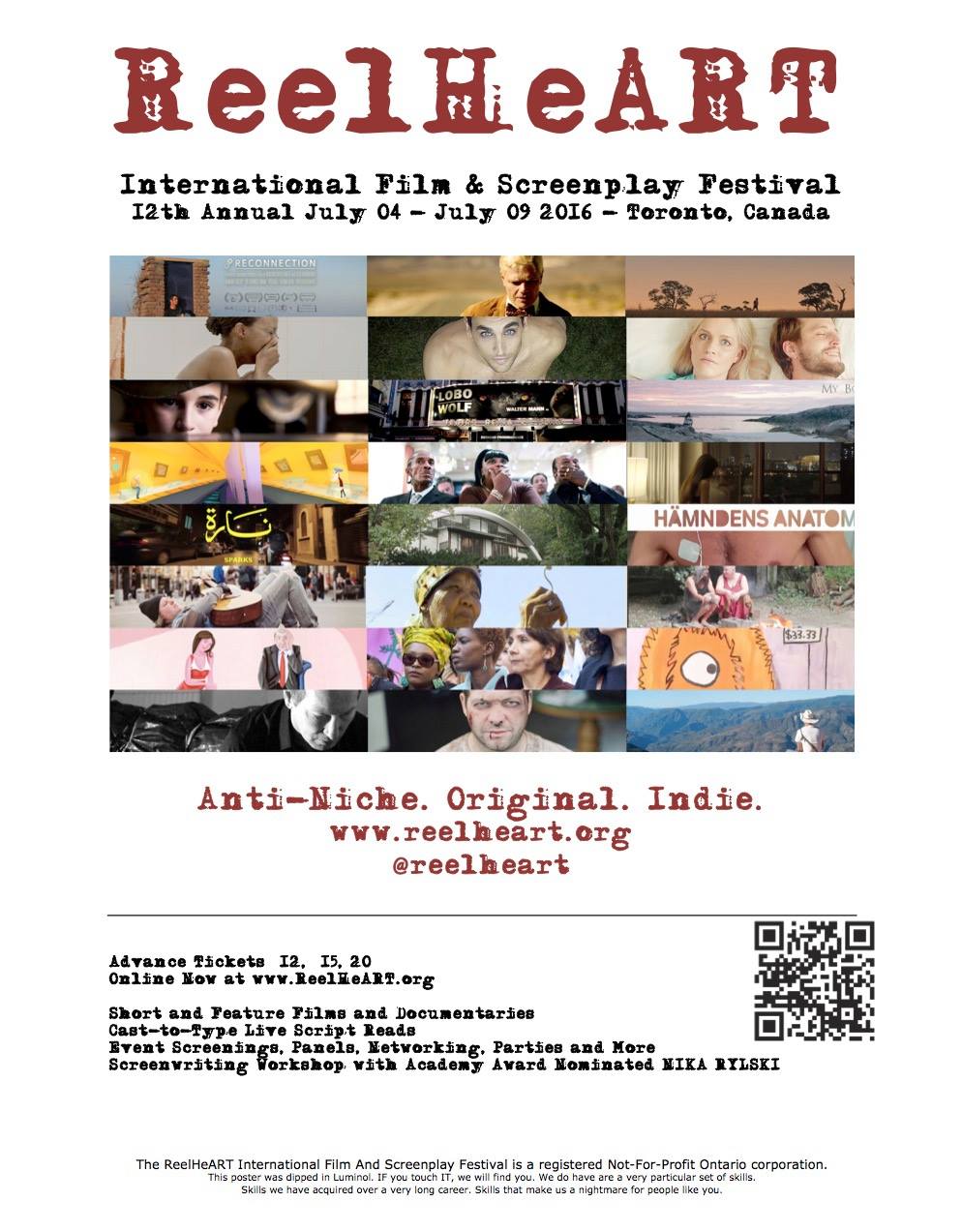 Great news from Toronto! July 4, 2016, ‘Reconnection’ takes First Place in the Short Film Category during its Canadian Premiere at ReelHeART International Film Festival in Toronto and wins in the Best Sound Category! Here is the festival official Winners List. 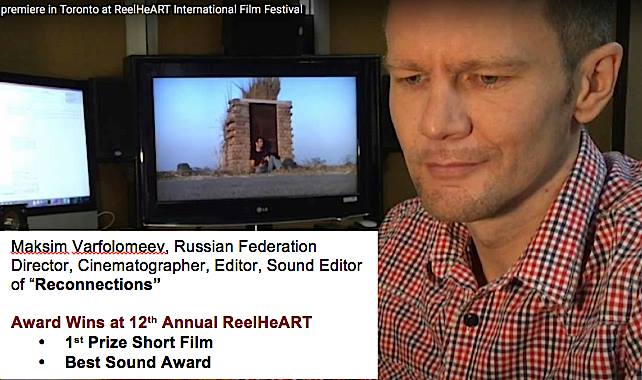 ReelHeART International Film and Screenplay Festival is a worldwide independent film festival that screens Film and Documentary Premieres from the best independent filmmakers from around the world and hosts very competitive Screenplay Competitions for both Short and Feature Scripts.

The festival runs annually, and this year it is a 12th time it brings together filmmakers from around the world. It is even more exciting to be the first film to be screened on the opening day of such a reputable event!

We have yet to receive our First Place winner laurels and Best Sound awards, as the ‘Reconnection’ team was not able to attend the Toronto event, but the festival organizers arranged a Skype call for us for the discussion after our film screening. Thanx to Shannonn from ReelHeART, the director of ‘Reconnection’ Maksim Varfolomeev had a chance to digitally present onstage and gave a short Q&A session for the audience. The theme of the discussion continues the ‘Men in their 30’s-40s and their #ComingOfAge crisis’ topic of the Facebook AMA session our ‘Reconnection’ team had earlier, and sheds some light on the personal connection of the film creators with the subject. Watch the video recording we did from our studio in Vrindavan below.

Our friends from Toronto attended the premiere of ‘Reconnection’, and we now have a small photo-report from the event. It’s nice to have friends and it is especially nice when one appears to be a professional photographer :) 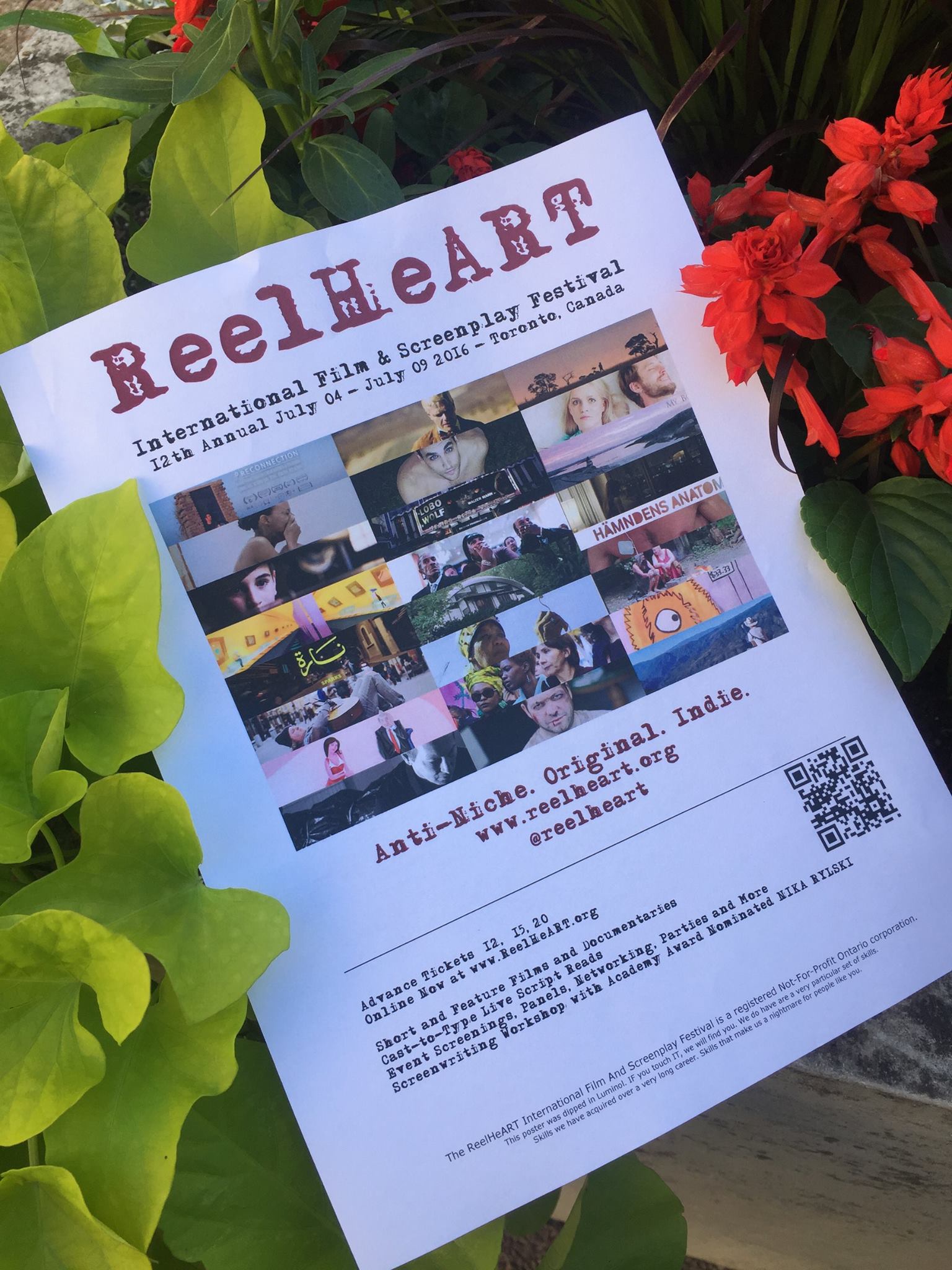 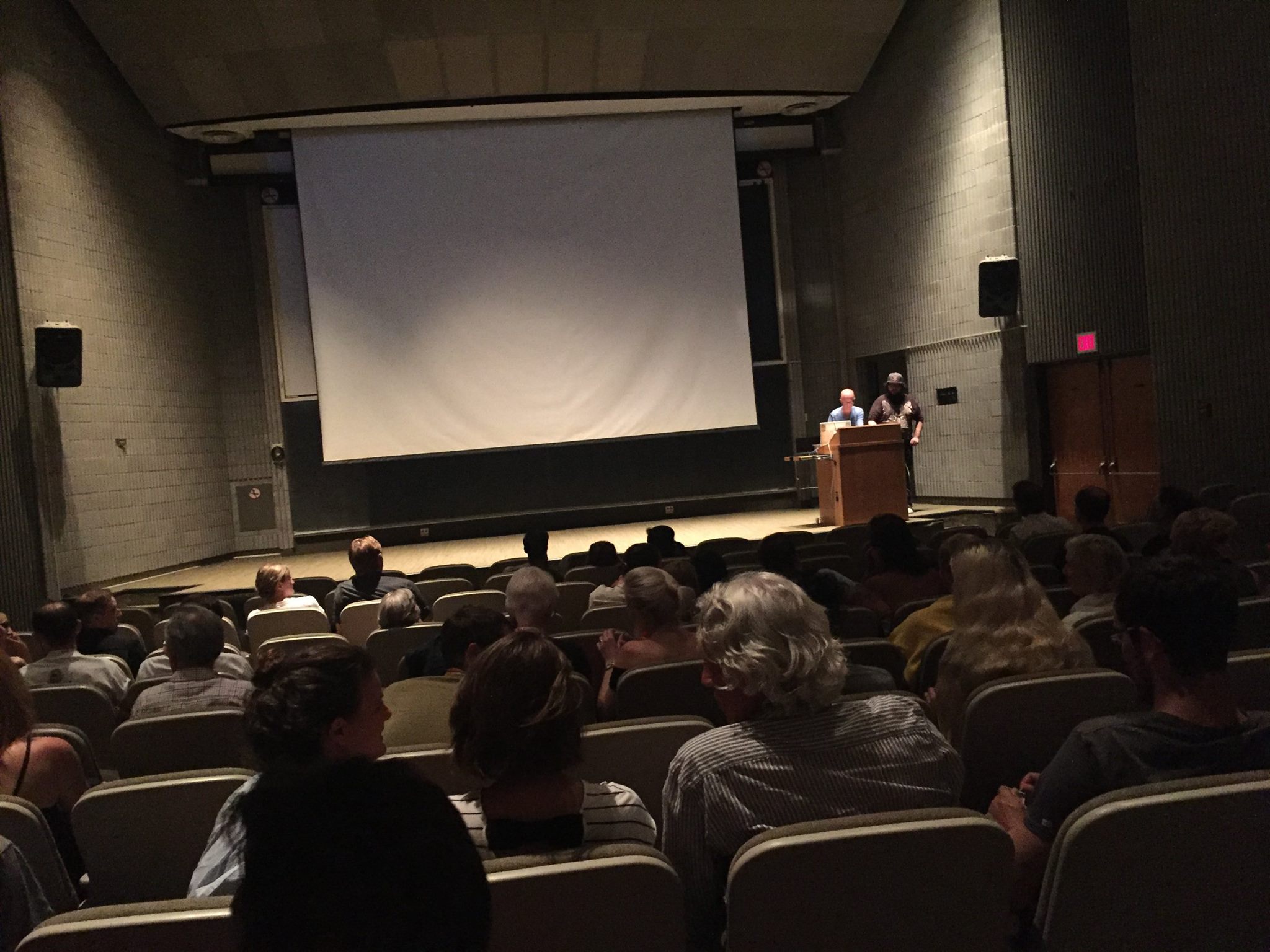 The audience fills in, the light goes dark as the ‘Reconnection’ film opens the 12th Annual ReelHeART International Film and Screenplay Festival. 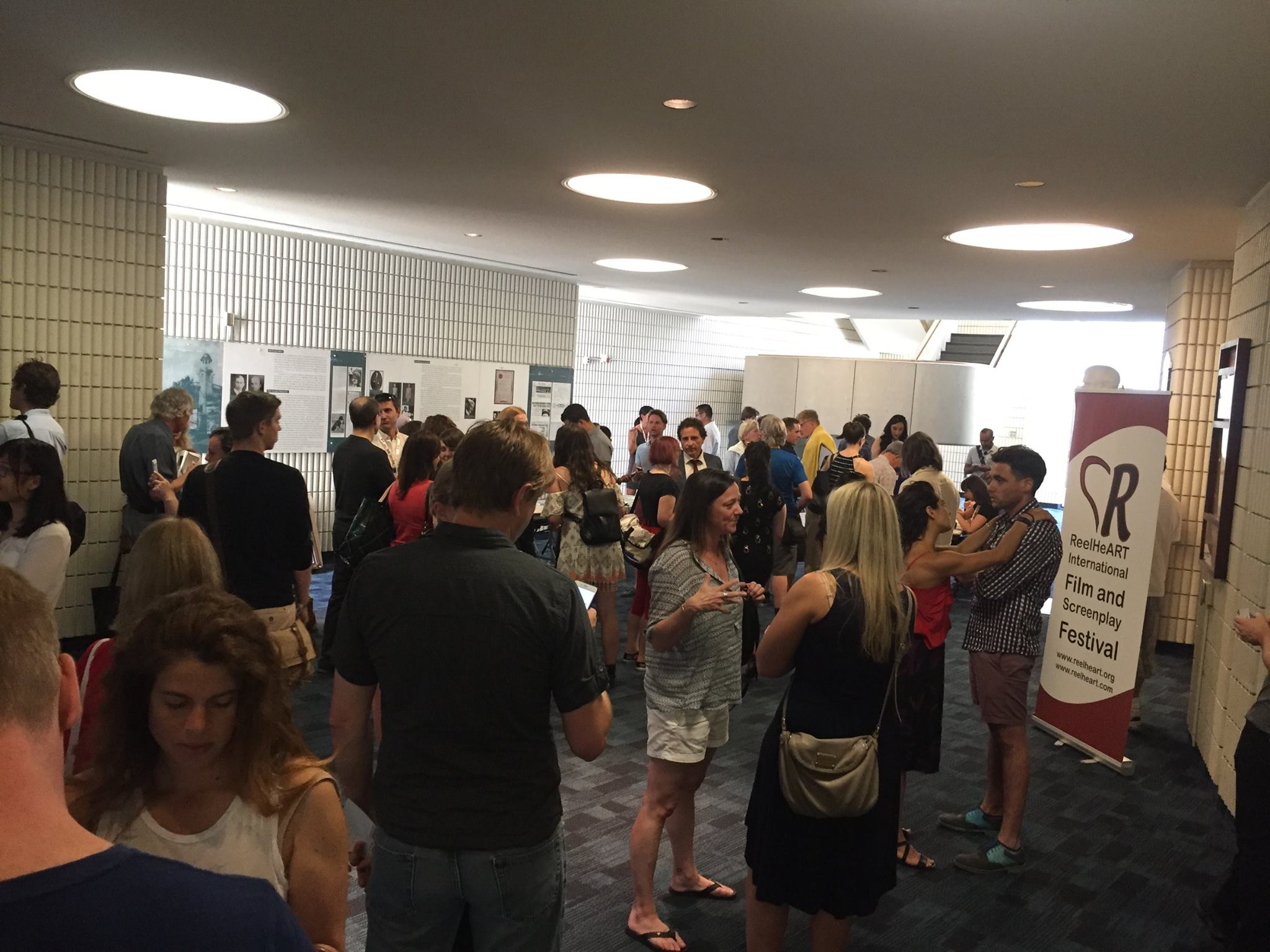 ‘Reconnection’ created quite a stir at the festival. The afterparty at ReelHeART Film Festival in Toronto. 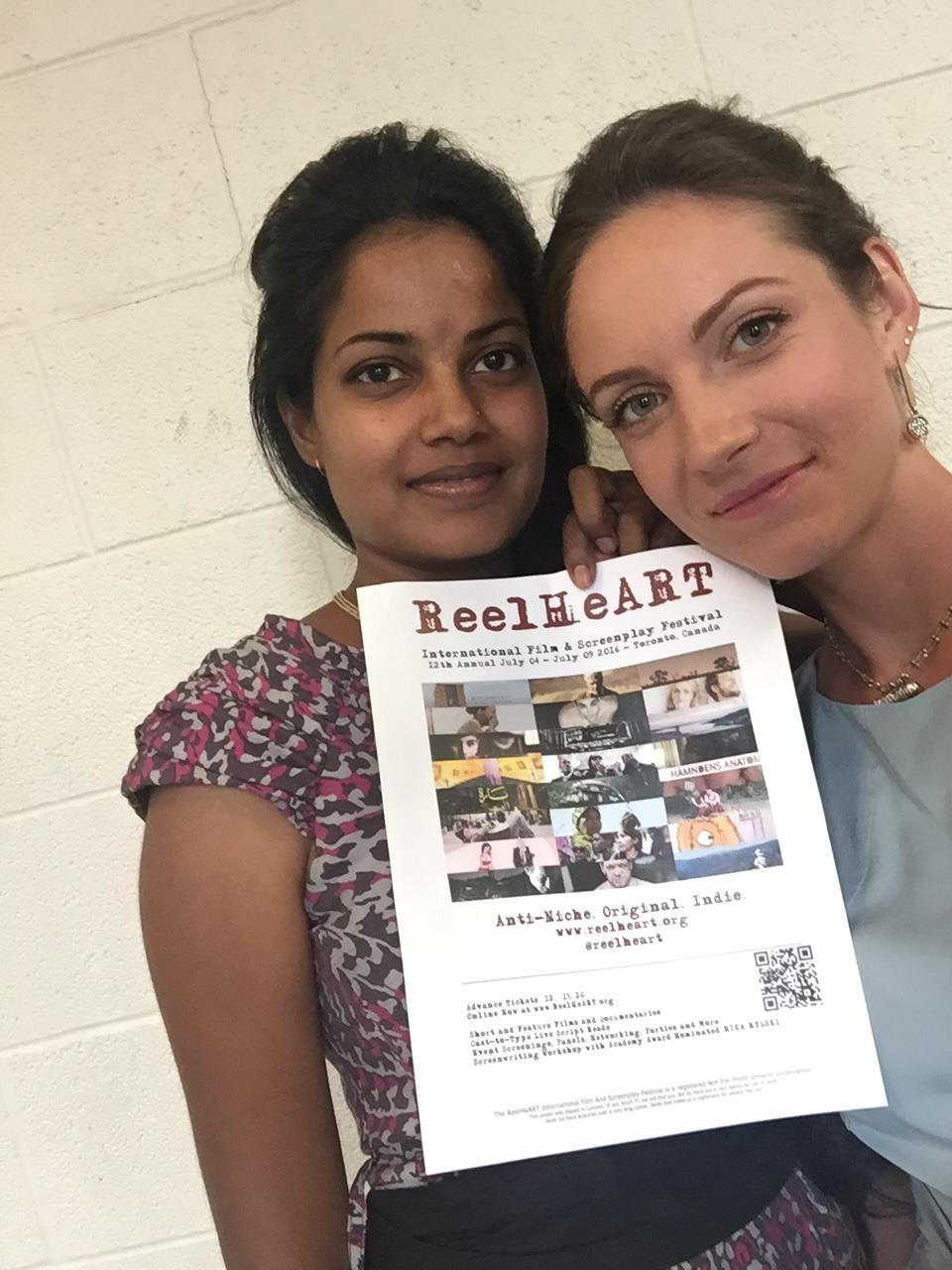 Our friends from Toronto, Gita and Preeya, who made this photo report possible. 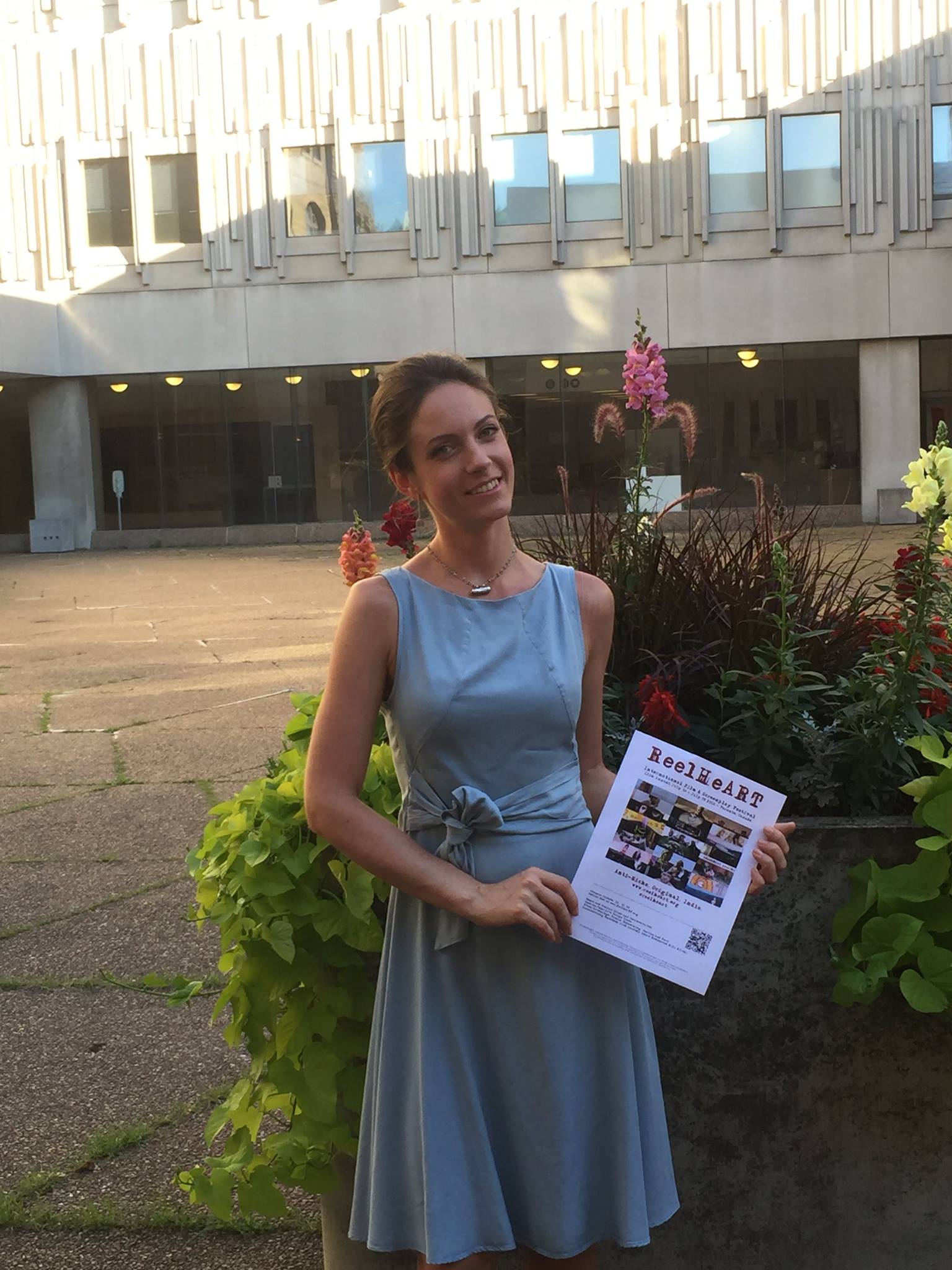 Photos courtesy of Gita Galadauskaite, thank you so much, Gita!

We do limited online screenings of ‘Reconnection’. Do you want to be a part of it?