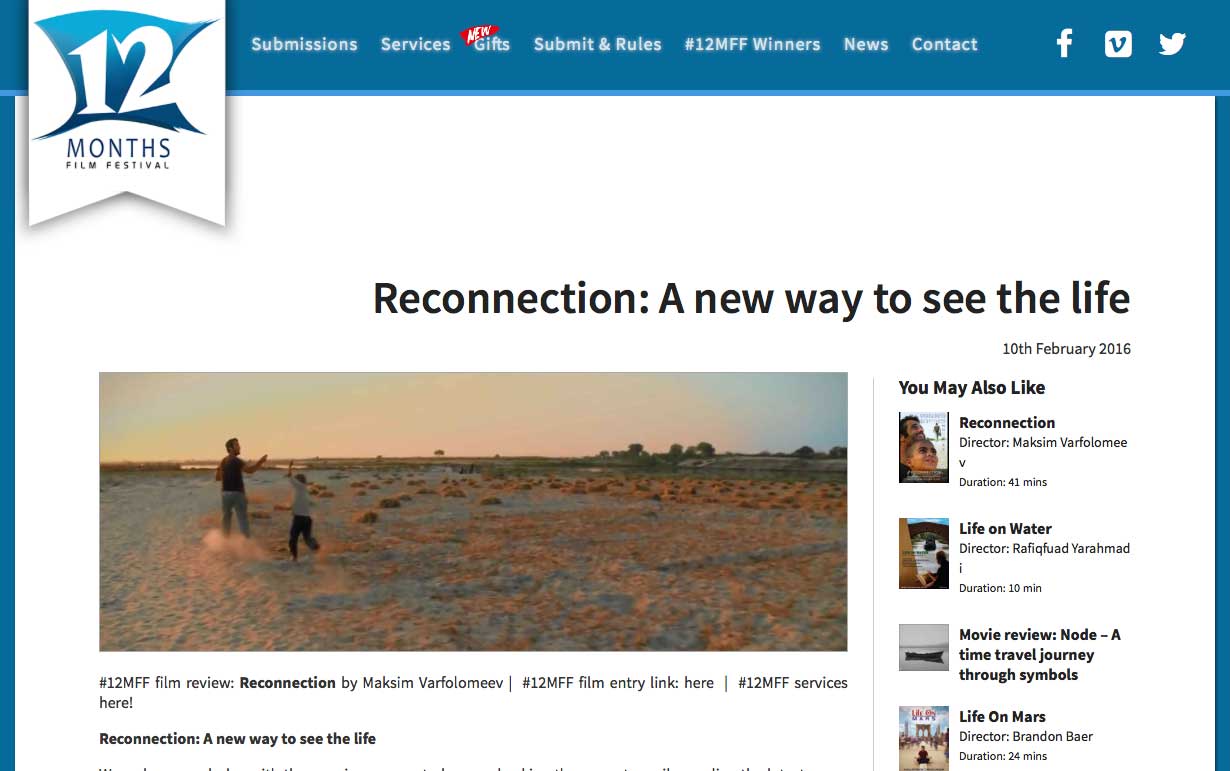 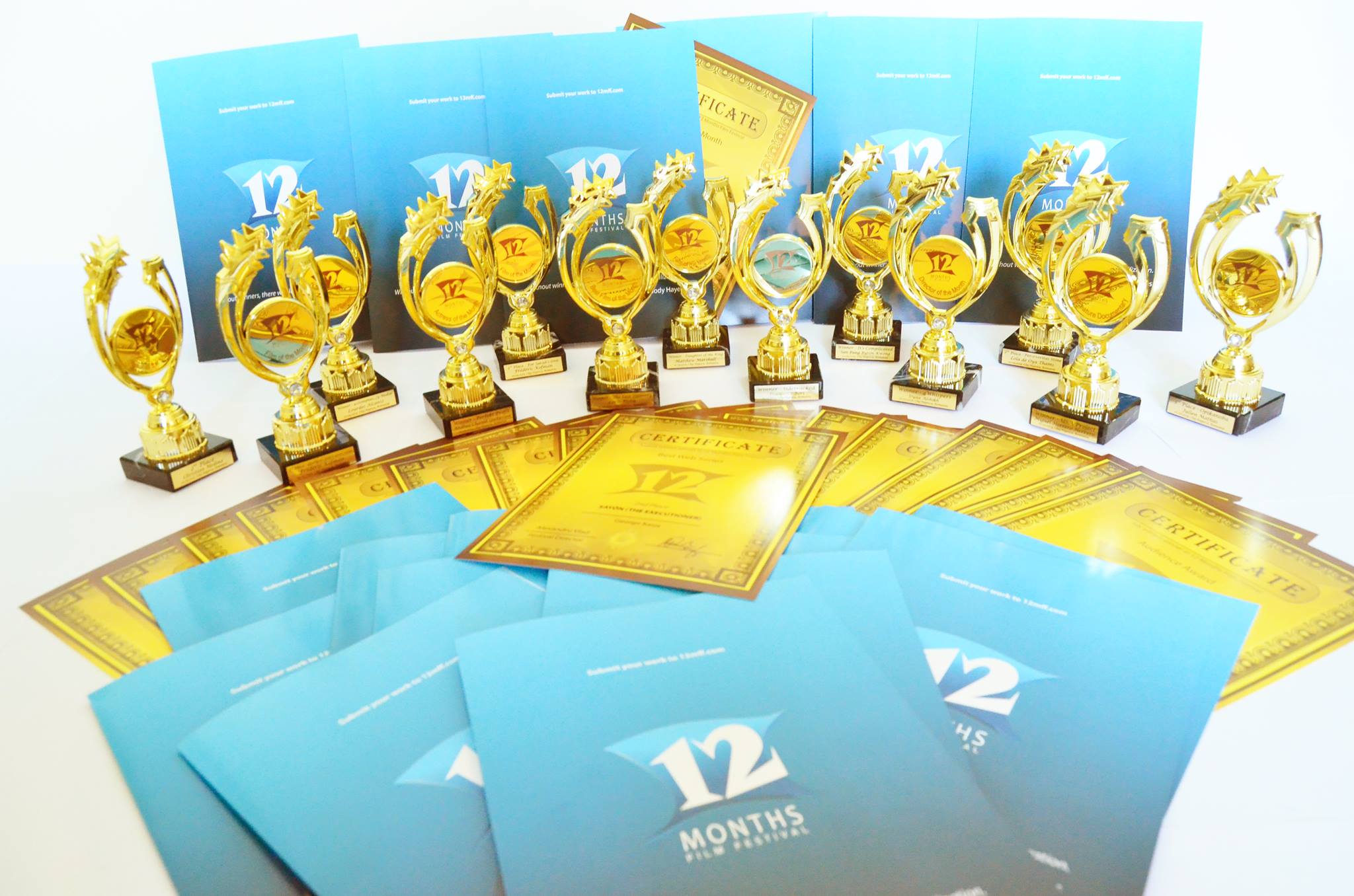 ‘Reconnection’ wins Screenwriter of the Month 3rd Award and receives a flattering review from 12 month Film Festival, an international online film event that attracts, displays and awards movie enthusiasts, and professionals from 6 continents, in the largest monthly qualification challenge for the Grand Prize. 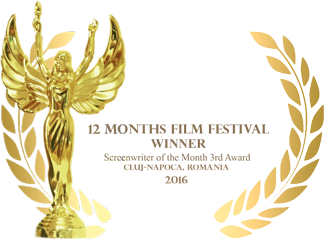 Screenwriter of the Month

A Journey on the Paths of the Forgotten Values

Reconnection: A new way to see the life

We wake up each day with the eyes in our smart phones, checking the newest emails, reading the latest news, watching tv and always looking for a way which allows us to live more comfy in this technologized world. We analyse our life perspectives, we attach our feelings to various methods to help us distract our thoughts from the problems and we forget who we are, such as, where do we come from? and what is the meaning of our lives? while our attention gets caught by the LED screens. And where does the real world starts and where does it end? Which is only one of the fundamental problems that Reconnection tries to find the answer to.

Watching Sean Fletcher, a successful web-designer who lives in England, we immerse ourselves in his intimate world, described through a lack of social connections. Merging deeper and deeper his own identity into the digital universe, will attract many deficiencies that are resented by him, where he tries to overcome them, during the film.

Sean decides to push himself out of his comfort area, leaving England in a journey of self-rediscovery, which will come with a series of events in a small town of India.

The socially active world, which is ingrained in a complex system of ancient rituals and customs, will always capture our attention and will help us (re)connect to a way of life. We see the herds of cattle, the children, fruits, birds, dances, colors, celebrations… all these meshed together in a mighty harmony that invites us into the transcendence.

The travel journal that Maksim Varfolomeev brings to the public, away from sharing his wish, presents us a world of values. Walking the town streets, we clearly see what the humanity tends to lose with the arriving of technology, which is our ability to build social bonds and also the need to be happy and fulfilled.

We discover these details during Sean’s journey, where we observe the way he sees his life being deeply changed. He returns home reconciling with his girlfriend, followed up later with a journey of the couple back to India, where they will build a new destiny on the grounds that aided the reconnection with the things that are important in life.

Reconnection is not only a Film, but it is a journey on the paths of the forgotten values, that wait to be rediscovered by the teachnologized society.